Week one, day one

Seems to me a few years ago, I posted a Facebook status wondering about the mental acuity of people who chose to run downtown in August at noon. And then yesterday I found myself running 2 miles at 6 p.m. in August in Highland Park.

At least there’s shade in HP (money = trees, I guess) 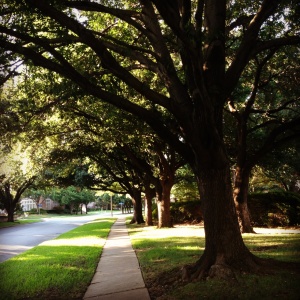 It’s not that I wanted to run 2 miles in 100 degrees (okay – 98 – whatever, it was hot!). But after a weekend of parties and friends and household errands, there was no way I was getting up early yesterday. I kind of thought I might sneak to the gym at lunch, but work was too busy – and I really, really hate the treadmill. Primarily because I’m so clumsy I always think I’ll fall off. So, it was a slow run but I did my two miles. 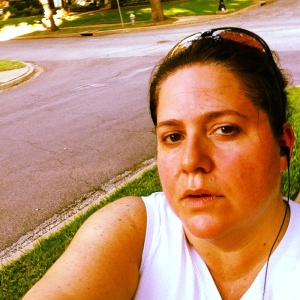 Yeah, looking hot and not in the good way. 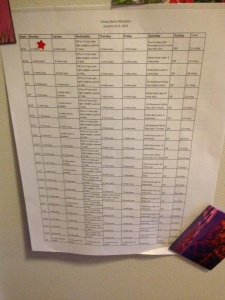 And on a more serious note – the first run is extra important to me. Two years ago, my first run was the day after my friend passed away. Last year, my first run was on the anniversary of her death. This year, it was the day before the anniversary. It’s been two years today since we lost Angi. I still think of her a lot; we all do. It’s kind of a tradition now that my first run of the season involves a broken heart and a few tears. I don’t know what I’m doing or why I’m doing it half the time, but I do know this – TNT is important to me, and raising money to fight cancer still feels like an important way to celebrate Angi’s life. So once again, it’s time to Bubble up.