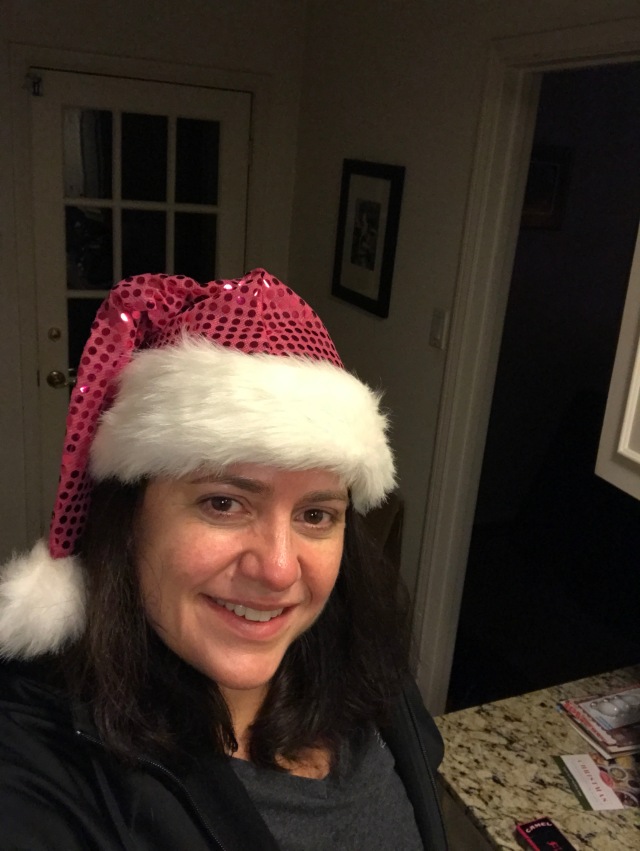 “Wow, you look great!”  I think this is the most common thing I’ve heard since my surgery.  My doctors are more than happy with how my skin is healing (it’s much better than they expected).  My surgeon came in the day after surgery and actually told me I was glowing.  “You look better than I’ve ever seen you,” she said.  “You look better than the times I’ve seen you in my office.”  (I wasn’t really sure how to take that except maybe fentanyl flatters my complexion.) . Almost everyone who has seen me since I’ve been home comments on how much healthier I look than they expected.

And people have also commented that I am doing well physically.  The nurse at the hospital couldn’t believe I got up and dressed and rearranged my room as soon as they took me off the oxygen and IV and let me out of bed the day after surgery.   Almost two weeks later and I can do almost everything for myself except pick up certain things (Tony had to put my sister’s new dog in my lap today so I could love on her), wash my hair, and drive (I’m still on Percocet, Phenergan and valium, so driving is a no-go).

But the thing is, I don’t really feel fantastic right now.  The thing about breast cancer is I never felt bad in the first place.  Other than my hamstring injury, at the time I was diagnosed I felt 100% fine.  So obviously I have pain from the surgeries, and that sucks, but it’s not as bad as I expected. Other than the nausea from the Percocet I don’t really feel sick now.  The scars and the drains are annoying but they don’t bother me as much as I thought.  And I’ve never been overly vain, although I have taken to wearing hair ribbons for some reason and I find myself putting on makeup more often than I usually do, so I don’t feel as bad as I expected about the lack of boobs at present.   But I do feel bad for two different and unexpected reasons.

Both of the things that are really bothering me right now are apparently perfectly normal and will go away with time, but they’re also the two things I didn’t prepare for.  The first is that I’ve gained 30 pounds in the past month – most of it fluids from surgery (some of it is that the only food I can eat with pain pills and have any chance of not vomiting are carbs and ice cream, so I’ve ingested a lot of graham crackers, milkshakes, and toast with jam.  And, okay, some of it is that I’ve allowed myself more wine than usual.).  And even knowing that I’m sick, and I can’t run, and that a lot of it is fluids….I just spent a year losing almost 70 pounds.  I gained half of it back in a month.  That, my friends, is terrifying.  And I know — I am perfectly aware — that it is ridiculous to have stage 3 cancer and to be the most upset about gaining thirty pounds.  But it makes me feel like last year was a fluke, that I’m not really a runner after all, that next thing you know I’ll be right back where I started and not the person I’ve worked so hard to be. And I can’t fix that right now, at least not in any immediate fashion.

The other thing, the thing that is 100 times worse than being so bloated that my running shoes don’t fit, is that I don’t think I’ve ever felt this stupid in my whole life.  Again, I know it’s the pain pills (although I did ask Tony tonight, what if my brains were actually in my boobs and they cut them out?) but I’m a person who reads constantly.  Instruction manuals. Cereal boxes.  And always, always, I’m in the middle of a couple of books and probably have a magazine or two lying around.  Since my surgery I haven’t read a word.  I can’t.  My brain won’t focus on the words. I’ve tried a couple of times and end up putting the magazine down immediately.  I haven’t even turned on my kindle.  I’ve watched some TV (although I have no clue what happened in the last three episodes of Westworld) and I’ve colored.  Seriously, thank god for the new fad of adult coloring books because it’s practically the only thing I can do.  And it took me a week to color the first picture I finished.  I originally thought I would be able to start doing some work from home next week, and I can’t even read an entire motion right now without losing track of the argument.  Thank God I decided to take off a full seven weeks before going back to the office – I’m still hoping I can do at least some writing work by January, even if not case work.  But right now?  My goal is to finish one article in Runners World without falling asleep in the middle.

I told both my plastic surgeon and my surgical oncologist that I needed to be able to run 26.2 miles by October, because I found out the day after my surgery that I got into the Chicago marathon (whoop!)   I need to talk to my medical oncologist still, because training will depend a little bit on radiation and chemo schedules, but both surgeons not only cleared it but encouraged it.  The surgigcal oncologist and I talked a bit again about my weight history (my cancer is estrogen positive, and fat cells carry estrogen, so it’s more important than ever that I keep my weight down), and she also told me that studies have shown that runners (or other athletes) who continue to run through radiation and chemo have better outcomes and fewer side effects.  And I know from this past year of taking running seriously that it is the best medicine for my brain, as well.

Despite what everyone tells me, I haven’t felt much like Queen Badass the last couple of days.  More like Queen Whiny Ass.  But typing this all out gives me a plan of action.   For now, continue to increase walking and stationary biking every day (these are not at a cardio level, but moving my legs will help get the fluid out).  Check out the gym with a pool that is close enough to my house that I will actually go to it, because two years has proven that LA Fitness is not within my range of convenience, and swimming will be something I can start doing sooner than running, I think.  Keep talking to my doctors about what I can do and when.  Keep taking the pain meds when I need them rather than trying to wean off too soon (which I’ve now done twice).  Pick up a magazine or a book every day and read it for as long as I can. Maybe I’ll pick up some I know almost by heart, like Harry Potter. 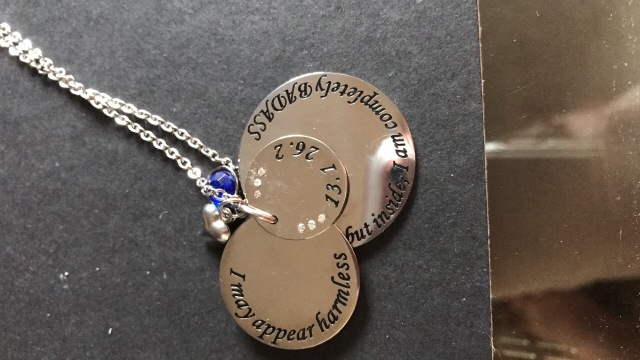